The API i developed for RichFLV implements most of the FLV file specificaton and some parts of the SWF file specification in Actionscript.
It`s all done with pure Actionscript (Byte Array Baby!) so no external tools are used. The cool thing is that the only thing that depends on the apollo framework is the part were RichFlv actually saves the files to your desktop (FileStream.writeBytes()). The same could be done as a none apollo app in the browser and than send to the server. Imagine this as an extension to popular video sites. It would enable real flv remixing in the clients browser!

RichFlv is currently an alpha release so expect some limitations and bugs. Current known issues are:

These problems will be corrected until RichFlv reaches 1.0 status.
Future versions will have the ability to mix several flv together to one file. I have this all ready but need more time on the UI.

(Again it`s an alpha release – use on your own risk)
Here are some Screenshots: 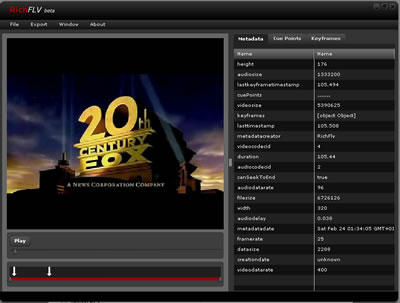 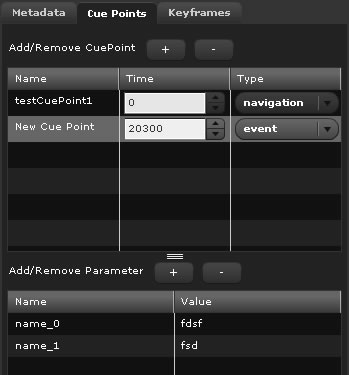 I`m always interested in your comments, bugs and suggestions. Post them here or write directly to: info@richapps.de